Governments can help encourage the start-up of co-ops, their further development and help to safeguard their integrity as genuine co-ops but the State must not become directly involved in the running of co-ops.  Any over-reliance upon the State by co-ops is always counter-productive because it takes away their essential sovereignty and negates democratic control.  Those wishing to support co-ops, including governments, non-governmental organizations (NGOs) or any other agencies, need to take great care not to destroy the ‘self-help mindset’, for without it co-ops predictably perish or mutate.  Leaders of co-ops need to guard against accepting ‘hand-outs’ from any source because these can easily become suffocating patronage.  Leaders need to be able to distinguish between what helps to foster self-help and what will undermine the very purpose of their enterprises.

What should governments do to support co-ops?

Typically, most damaging for co-ops is when the State fails to provide a progressive and up-to-date legislative framework.  Internationally, sound advice is available as to the detailed requirements for drafting progressive laws to support the advancement of co-ops and putting in place such a body of law can be the prelude to creating a new wave of co-ops.  Crucially, the law should provide protection of the various names of the different types of self-help enterprise (for example: ‘credit union’, ‘building society’, ‘cooperative’), and prevent the misuse of these terms by enterprises that are clearly not bona-fide co-ops. The principal obstacle for co-ops to overcome is within the realm of public policy, where ‘self-help solutions’ ought to be considered the ‘first option’ rather than being the last resort.

The main reason why a positive policy framework for co-ops is not in place is that the policy agenda is often being set by large mutant enterprises, where their representatives, claiming to speak for all co-ops, lobby for policies that promote and protect the interests of those running this kind of enterprise. Many of those setting the agenda are managers who are primarily interested in creating big neo-commercial businesses that can disburse the super-sized salaries and benefits they aspire to receive. Political leaders need to be persuaded to support legislation that will cause ‘phoney’ co-ops not only to return to being democratically controlled by their members but, at the same time, put in place the essential systems of governance and oversight required to ensure that they remain authentic.

Co-ops should be an integral part of the mainstream economy where the option of making use of self-help solutions needs to be considered whenever the market is not performing as it should.  One of the most promising approaches is to adopt legislation that governs all forms of enterprise within a single body of law.  An example of this kind of approach to legislating for all forms of enterprises in a single law is to be found in New Zealand where their Companies Act includes a special chapter that caters for cooperatives.  Using an overarching Companies Act is far from perfect but it does have the important advantage of ensuring that everyone studying any form of enterprise will become aware of the role of co-ops within the economy.  Concurrently, those parts of the education system that claim to meet the needs of enterprises should no longer be permitted to ignore the self-help form of enterprise within their courses and other activities.

Currently, much of what is offered as being education and training in respect of co-ops is little more than the repetition of theories about them.  Much of the training provided often comprises a series of statements outlining the theoretical advantages of co-ops and extraordinarily little by way of advancing the important ‘hard skills’ that are actually required to run them.  What little education that is supplied is often delivered without any attention being given to the development of those skills, attitudes and systems, which are vital to their success.  The people involved in running co-ops need to be provided with the tools they must have to run successful enterprises.  To attempt to teach anything about co-ops without providing a good understanding of the ‘self-help' model of enterprise is like trying to teach medicine without students having a grounding in human anatomy.

To learn more about: Why the World Needs Co-ops? 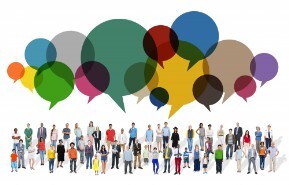 People need to be positively encouraged to cooperate 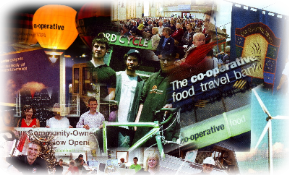 The law must protect co-ops from being hijacked 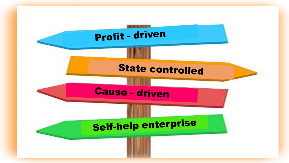 Co-ops need to be part of the mainstream economy 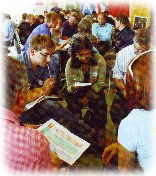 Co-ops need to be part of the curriculum
video link
Back to Welcome page  Go to: Previous page
Go to: Next page
Updated: April 2021 © Edgar Parnell 2021
Back to content