MARKETS and MARKETPLACES - Cooperative Principles PLUS

Markets comprise buyers and sellers and in a free and fair market prices will find their own level. However, many, perhaps even most, are skewed in favour of those that already control substantial resources and power; especially by those controlling finance. Co-ops & mutuals seek to redress imbalance in specific marketplaces by marshalling the joint power of their members in their mutual best interest.

Two forms of cooperative: There are essentially two forms of cooperative, those serving sellers and those serving buyers. Co-ops of sellers include: - 'worker co-ops', those selling their labour, skills and knowledge, - 'producer co-ops', that market produce and other goods on behalf of their members, and - 'service co-ops' that provide joint services mainly to SMEs. Co-ops that provide, buy or negotiate for goods and services on behalf of individual members are usually described as 'consumer coops'. Some talk of 'multi-stakeholder co-ops' as a though they were a different form of co-op, however, all co-ops are or should be looking to balance the interests of all their various stakeholders and need to work out how to best do this. In practice it is difficult for any single co-op to properly represent the best interests of both buyers and sellers in the same marketplace. 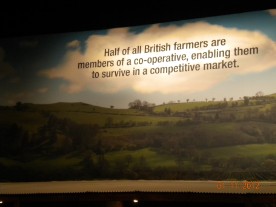 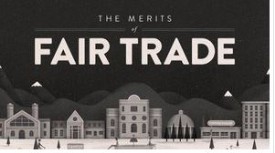 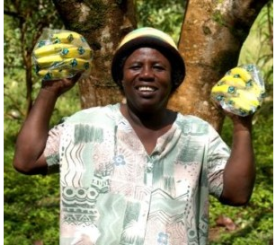 Cooperatives and Mutuals: Ever since the time when human settlements began to be established people traded goods and services, first by means of bartering and later using currency as cash economies were developed. Marketplaces were established where people could come together to trade with each other. Often such marketplaces were dominated by the rich and powerful or those that were ready to cheat or trade unfairly. Eventually, as the industrial revolution spread, those that were disadvantaged in the marketplace discovered that often the only way get a fair deal was to act together with others who were similarly disadvantaged. Self-help and mutual action led to the formation of many different forms of cooperative and mutual enterprise. Cooperatives were established by consumers that wanted to get unadulterated foodstuffs, honest weights and measures, and fair prices. Cooperatives of agricultural producers sought to get a better deal for their produce and to get farm inputs of good quality at a fair price. Workers wanted to get a fair price for their labour and better working conditions, and people in need of insurance came together to form mutual insurers, and people in need of credit and a fair rate for their savings set up building societies, agricultural banks, credit societies and credit unions. In addition, many more different forms of member-controlled enterprises came into being, all with the intention of getting a better deal in a marketplace for their members.

Free and fair markets: Some people rail against 'the market' as the source of inequality, while others insist that only a completely 'free' market can provide prosperity. Both points of view are based upon damaging myths that must be refuted. The ability to trade goods and services within free and fair marketplaces is fundamental to a democracy. Attempts to replace marketplaces with bureaucratic systems have failed the world over.  What we need are marketplaces that are provided with sufficient oversight to ensure that no player can exploit their position within the marketplace. 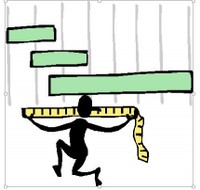 A question of Scale? There exists considerable confusion about the effect of size and scale upon the effectiveness of cooperatives. Clearly small cooperatives are simpler to manage and it is easier to keep members engaged when there are fewer of them. However, the right size for a cooperative depends almost entirely upon the scale of the marketplace in which it needs to operate. For example, if a co-op is running a village store that operates within a village that forms a specific marketplace, then it should be able to prosper.

On the other hand retailing in general often needs to operate within a national, or at the very least a regional marketplace. Some markets are international, for example the market for processed milk, and in these circumstances the scale of operations may need to be international. The main issue is to design a management structure that is simple and effective and that at the same time can sustain effective member engagement.

Home Page | Why its needed? | A comprehensive model | Models of enterprise | Changing co-ops | Organizations | Purpose and function | Organization & governance | Policies and practices | Systems | Motivation of enterprise | Markets | Economics | Cooperation | Oversight | Keeping it simple | About | Contact me | General Site Map
Copyright 2015. All rights reserved.
Back to content | Back to main menu