THE ECONOMIC BASIS - Cooperative Principles PLUS

Cooperatives and all other member-controlled enterprises need to be guided by a specific set of economic practices, forming a system that supports the achievement of their purpose, which is rooted within the crucial components of the cooperative enterprise model.

1.  Self-sustainability
This means maintaining viability, solvency and liquidity; also, having no dependency upon the state, charity or patronage. Although the economic precepts that underpin Co-ops & mutuals are based on different rules of conduct than those that guide commercial businesses, such enterprises cannot ignore the underlying discipline provided by the marketplace and confirmed by basic economic principles.

2.  A purpose beyond profit
This means that the purpose of the enterprise is not to generate profits but instead to provide benefits to members, which are secured by means of market intervention. This purpose replaces the profit motive which drives commercial businesses. Within a member-controlled enterprise the management must be focused upon resource optimization rather than upon profit maximization, which is the mind-set in a commercial enterprise.

3.  Equivalence
This means that although the prices set for goods or services are determined by the marketplace within which they operate, in all dealings with members the criterion of equivalence shall apply, that is to say all members should be treated on an equal basis. This replaces the practice of profit maximization commonly operated in terms of individual transactions within commercial businesses, where it is common to offer secret ‘deals’ to some people and to charge ‘whatever the market will bear’. In workers’ cooperative paying different rates for labour of the same value would not be in accord with the practice of equivalence. Fairness, transparency and equivalence must be the basis of trading within any member-controlled enterprise.

4.  Ethical practices
This means honest trading, fairness, openness, transparency, free of corruption, nepotism, cronyism and patronage. Ethical standards must underlie all economic decision-making. Integrity, honest dealing and the absence of exploitation and sharp practice are the hallmarks of member-controlled enterprise – after all, if you cannot trust yourselves, then who can you trust?

5.  Finance that serves the purpose
Ownership is linked only to stewardship capital. In co-ops & mutuals capital is the servant of the enterprise and not its master, it is a ‘means to an end’.  However, invested capital is fully entitled to a fair reward but it should not directly participate in any profits or surplus. In an investor-controlled business the role of the investor is dominant, in a member-controlled enterprise day-to-day control is vested in the democratically elected representatives of the members, and fundamental decisions only made by the membership as a body. Finance that brings with it the risk that the sovereignty of the co-op will be in any way compromised must not be accepted.

6.  Speculation has no role
Gambling has no place in the economic processes of Co-ops & mutuals because such activities cannot benefit the majority of members. Member-controlled enterprises exist to serve the membership in its entirety and any individual member’s gain would inevitably be another member’s loss. Speculation routinely produces few winners and a majority of losers, so is unacceptable as the basis for mutual trading. It is no part of the role of executives to speculate/gamble with the savings of members or their collectively owned assets.

7.  Location is critical
Co-ops serve members that are people often living their lives centred around a specific location. Whereas commercial businesses financed by internationally mobile capital and driven by profit-maximization, speculation and short-term share-price values, are more transient. This can lead to higher risks of causing unemployment and the withdrawal of services from areas with lower profit potential. On the other hand, co-ops should sustain services and employment in the areas where they operate so long as they serve the interests of their members in a specific location and it is viable to do so.

8.  Economies of scale must balance with the requirements of member-control and the realities of marketplace
Whenever, practical federal/joint action with other member-controlled enterprises is to be preferred to consolidation or amalgamation. The right scale for any cooperative will in practice be determined by scale required to effectively intervene within the marketplace. 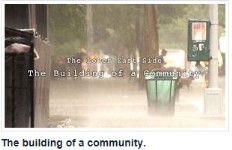 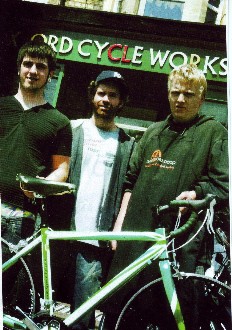 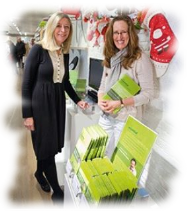 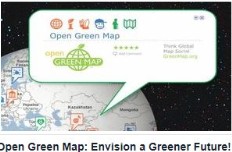 Home Page | Why its needed? | A comprehensive model | Models of enterprise | Changing co-ops | Organizations | Purpose and function | Organization & governance | Policies and practices | Systems | Motivation of enterprise | Markets | Economics | Cooperation | Oversight | Keeping it simple | About | Contact me | General Site Map
Copyright 2015. All rights reserved.
Back to content | Back to main menu